Natural rapids were here originally and many Indian relics, belonging to several different tribes, have been found in this area indicating it was a popular place before settlers moved here. The first of these settlers was a George Wilson from North Carolina. He started a mill here around 1790 and built the first dam made out of logs on one side of the river. Judge Benjamin Sebastian bought and owned a vast amount of land in this area in the early 1800's and built another log dam on the other side of the river. He later sold Colonel Willis Green all his land in KY, around 1821. Neither of the dams lasted long after Green took over.

Green moved here from Virginia, and worked as a surveyor locating land warrants for various people. In 1830, Green built the mill and rebuilt the failed dams out of rock, but the dam was only anchored on each side and a flash flood in 1855 split it open in the middle. By this time, the property had fallen into the hands of Lafayette Green, Willis' nephew. A stone mason was hired and a new dam was built for $20,000. Each of these stones were anchored with iron pins to adjacent stones and the base layer was anchored to bedrock.

A bank opened here in June of 1906 but only operated a few years. The post office later moved into this building. 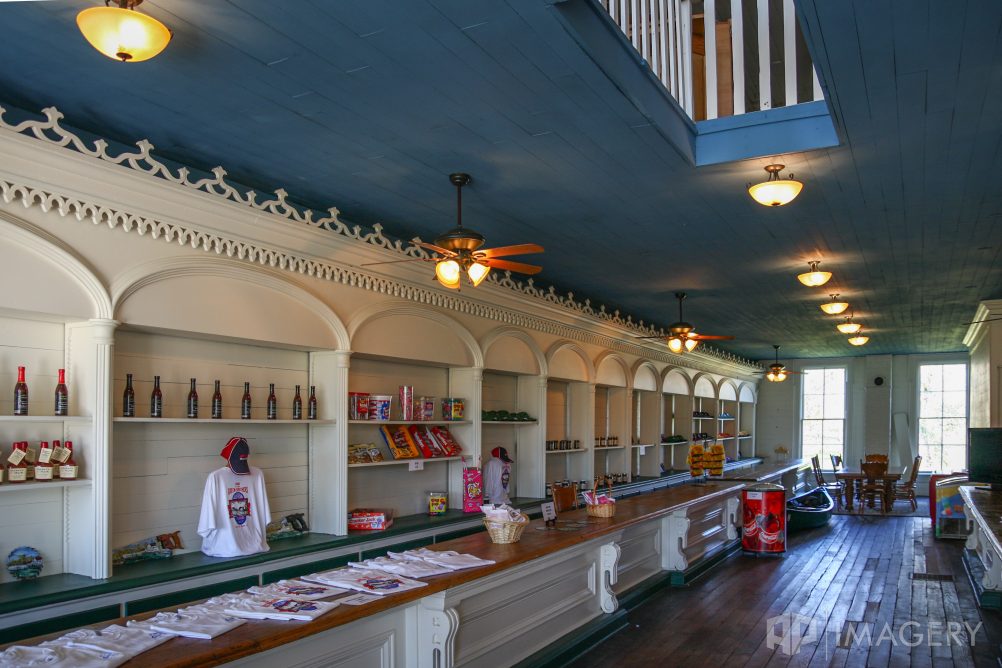 The saw mill, on the eastern side of the river, was upgraded over the years, and during its operation, cut enough timber to build a barn large enough to cover the entire Green tract. The high-quality timber cut here became scarce and the saw mill ceased operation in 1933. It was torn down in 1938 and the lumber was hauled away to Florida on the Old Branch L&N rail line that it originally cut timber for. After 51 years of service, the rail line was finally removed in 1941. Part of the limestone foundation is all that remains of the saw mill, though it’s very small compared to the size of the entire saw mill.

Lafayette Green died in 1907, leaving 4 children whom never married. The Green Brothers were thrifty business men and at one time around 1920, owned 8,000 acres. In 1945, the state sent a multiple unit census-taking operation here due to its size, and afterwards, said it was the largest single farming operation in the state.

The grist mill had been a steady operation from the beginning. The mill ran over 250 days per year and ground over 6,000 barrels annually. They offered three grades of flour, the best was “Grayson Lily”, the second was “White Rose”, and the third was “Good Enough”. Much of this flour was shipped to Louisville where it was distributed, and the rest was sold to surrounding counties. Many farmers from nearby communities sold their wheat to the Greens. Corn meal made here was called “Old Fashioned Water Ground”. They only ground their own corn though, as it was a special variety called “Boone County White”. Beginning in the 1930’s, mill activities began to decline due to lack of available timber. In the mid 1940’s, Jenny Green gained control of the land and later it passed to cousins in Texas, who continued to run the mill until 1965. The grist mill finally gave way in August 2016. 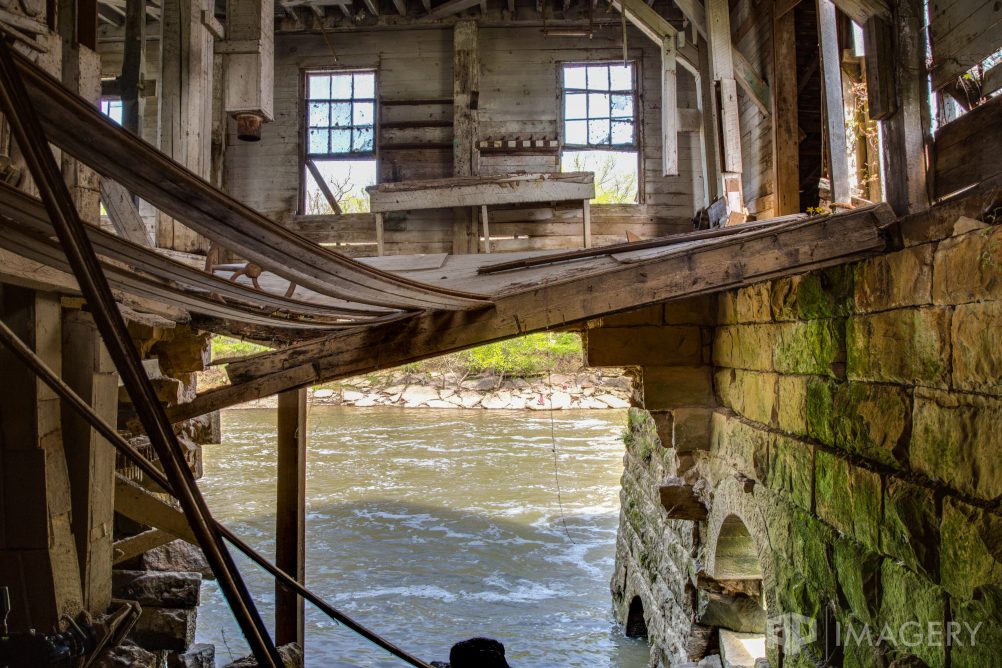 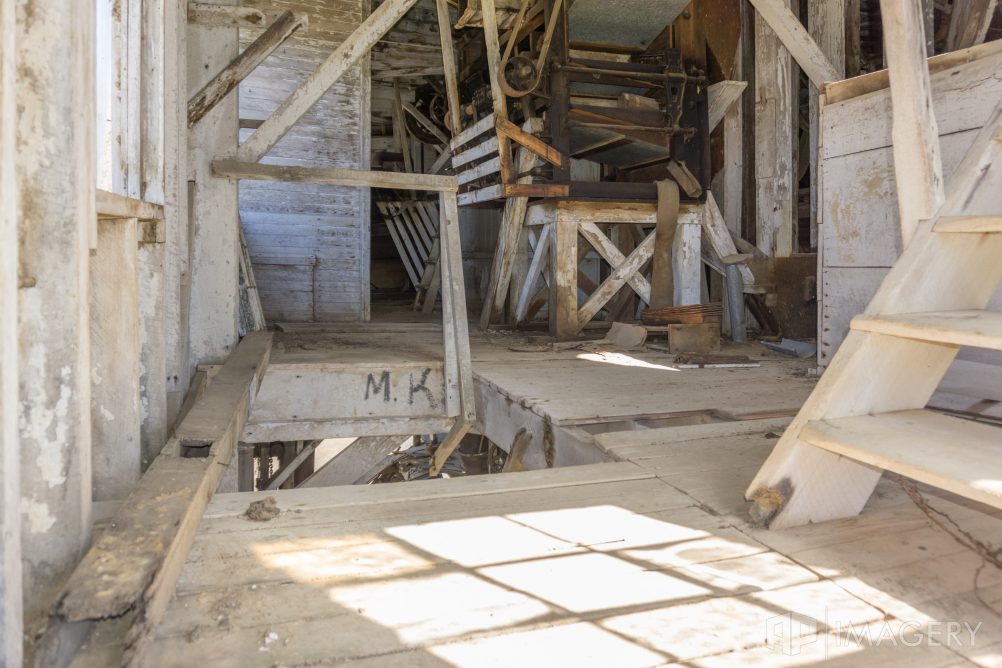 The family home was originally constructed as a one and a half story home in 1830 and made from local timber and bricks, but was heavily remodeled in 1879 with the appearance we see today. The home had a room designated as a school room. It has been a bed & breakfast and is still open to overnight stays.

The single-span bridge was constructed in 1877 by the King Iron Bridge Co. of Cleveland, OH and is one of the few arch beam type bridges left in the state. You can still cross it on foot. 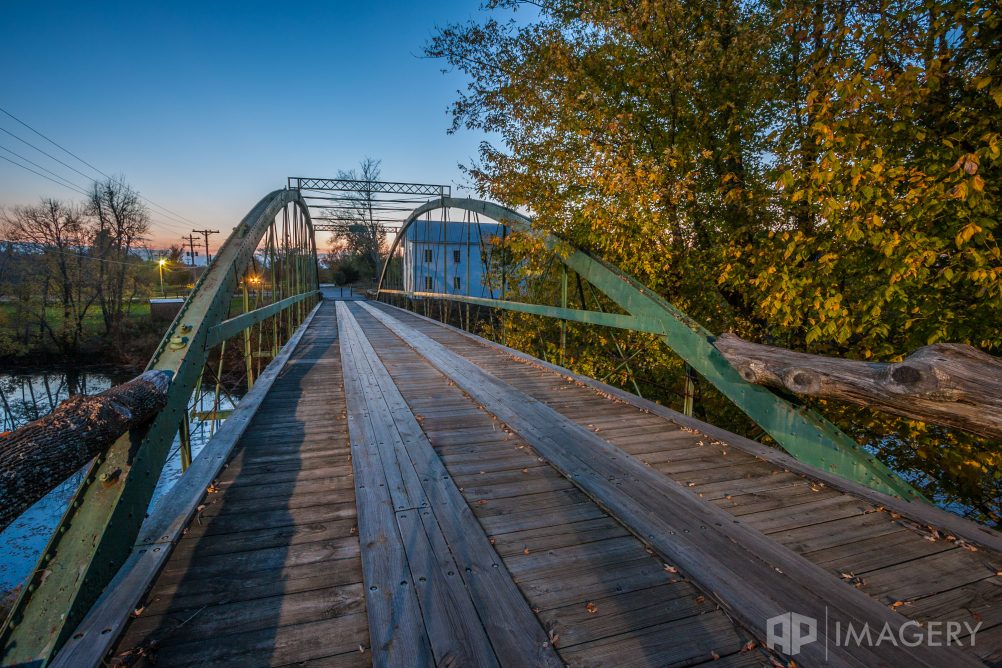 A non-profit group was formed in 2016 to attempt to stabilize the collapsing grist mill. Unfortunately, heavy rains and flooding in the area caused the 3-story building to collapse in Aug. 2016 though much of the machinery, beams, gears, and other parts were salvaged. The goal today is to eventually rebuild and open a museum, etc.

Get involved or donate to the cause here: Falls of Rough – Old Mill Preservation

For a full gallery of my Falls of Rough photos, check out the album here.